How Long Does It Take To Find A CEO? 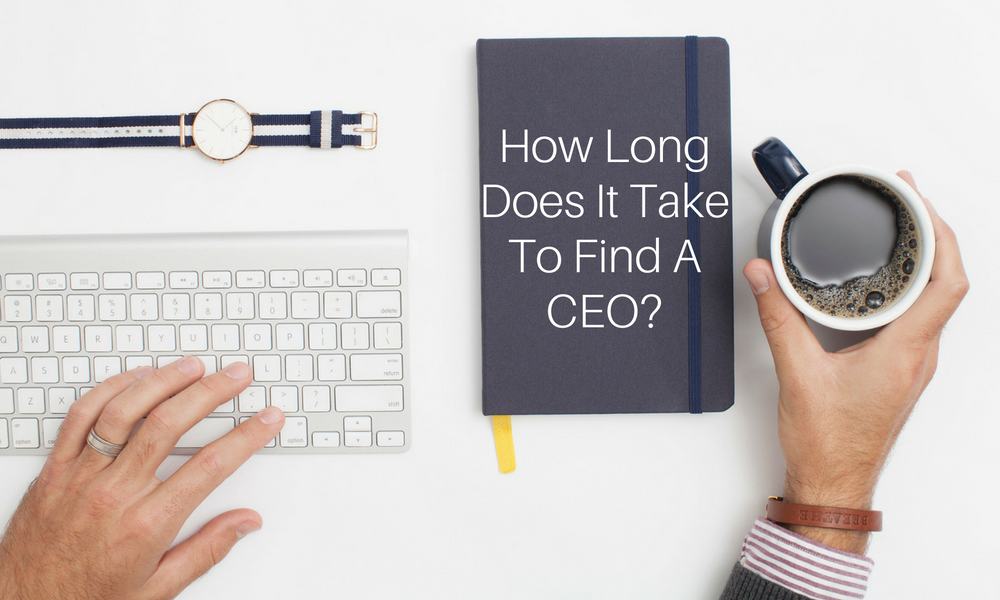 So, how long does it take to find a CEO, taking into consideration the research process, the interviews, the candidate lineup, and so forth? In short, you must “go slow to go fast.”

Let’s first expand on the “go slow to go fast” component of hiring an executive.

The notion of going slow to go fast is a belief Y Scouts holds. The most common and traditional metric that organizations use to measure the effectiveness of their talent acquisition system usually falls under one of the following two categories: Speed to fill, and cost per hire.

So, how fast do we fill and how cheaply do we fill? Both of those metrics assume that quicker and cheaper is better.

Our argument at Y Scouts is, neither is really true. If they were true, would we be in a situation where 70% of the workforce in the United States is fairly disengaged with their work? We found them really fast, and we hired them really cheap—but everybody’s unhappy. Of course, those two may not be directly correlated. But an argument can be made that if we were a bit more deliberate and thoughtful about our hiring decisions, and candidates were a bit more thoughtful about where they choose to work, we’d probably be in a better spot.

Thus, the notion of “going slow to go fast” means if you have a hiring need at your company, don’t allow speed to fill the role to be your only driving force, or your primary driving force. Instead of looking at hiring as a task to check off the list (“I have to fill this job”), take a step back and ask yourself, “If I could add anybody to this role, who would it be and what would he or she bring to the table? What kind of success would this person deliver?” Then, use it as an opportunity.

In addition, ask yourself: “Who are the other people greatly affected by this role in their company?” Then, gain their perspective as to what they think success in that position looks like—whether it’s the CEO or VP of Marketing.

Next, how long does it take to find a CEO for your company? On average, probably between four and seven months. This is the person who’s about to be the face, the leader, and the ambassador of the organization. That’s an important role to get right. So, hiring quickly won’t line up as the best strategy, and it may require more damage control down the road.

There are plenty of examples of bad CEO choices. Ron Johnson was hired away from Apple Retail (he was the Senior VP of Retail there), and was brought on as the CEO of J.C. Penney. Within about 18 months of him taking over as CEO of J.C. Penney, he got fired. Keep in mind—it’s not because he wasn’t a good CEO; he was the wrong CEO for the company.

J.C. Penney failed to truly define success in that role. It adds up logically; if J.C. Penney is struggling as a business and sees Apple retail lighting the world on fire—sure, go get Apple’s Chief Retail Officer and make him the J.C. Penney CEO. It’s retail. Retail equals retail. The way Apple approaches retail is incredibly different from the way J.C. Penney does. Therefore, there was a complete misalignment in leadership philosophy, culture, and overall strategy. Those things could have been easily vetted for on the front end, but they probably just got excited about, “Hey, I think we can hire the Senior VP of Retail from Apple to be our CEO, and he’s going to save the day.” That’s not what happened. It was a giant disaster.

Creating A Roadmap For Success

When hiring a CEO, whether for a major corporation or a small nonprofit, you need a search committee. Before even starting your search, don’t go looking for anyone until you know what you are seeking.

Do you have any other questions about how long does it take to find a CEO? Let us know!